Cuba Part II: On the Road to Camaguey 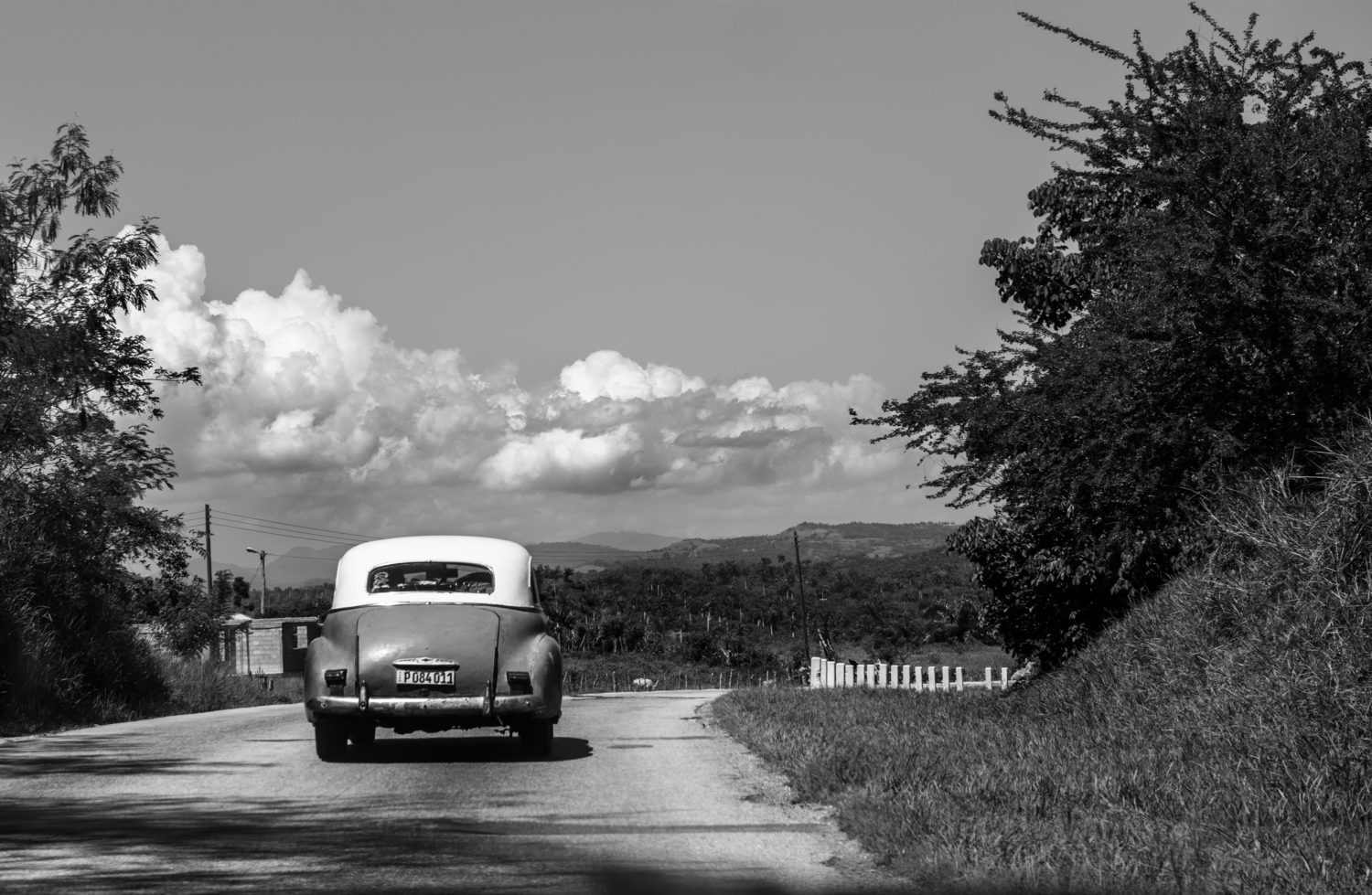 Off on an adventure! Rick, Alan, and I piled our luggage into the trunk of Umberto’s late model Hyundai, and after bidding goodbye to our Santiago host, we made our way through the city to Route A1 that travels the central spine of the 760 mile-long island. As we headed into the dry, flat central part of the island, it felt like we were embarking on a Bing Crosby/Bob Hope road trip (Dear Millennials, please ask someone your parents’ age about this), as we followed a blue and white early 1950s Plymouth along a bumpy two-lane road under a blue sky studded with huge cumulus clouds. 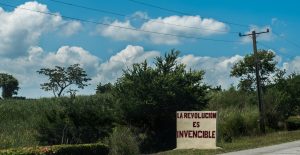 I felt that sense again about Cuba being frozen in time – around 1959, when the Castro revolution occurred.  Houses fell away quickly to a rural landscape.  The few cars were mostly older models, and the roads were pot-holed and eroding. 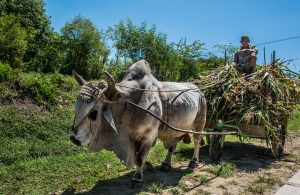 Many people were riding bicycles pulling carts of stuff, walking along the roadside or waiting at occasional sheds where open-top or enclosed trucks served as buses to pick up passengers. Carts loaded with harvested sugar cane were pulled by what looked like Brahman bulls (how did they get there from Asia?).  As we drove towards the center of the island, we entered horse country, where the animals are used for pulling carts with people in them or loaded with goods for market. This region is the home of the iconic Cuban cowboys.

Instead of billboards selling commercial products, the occasional sign, sometimes a few spaced sequentially together like the long ago Burma Shave advertisements, promoted socialist slogans – “La Patria Ante Todo” (Country Before All) and “Tierra de Internationalistas” (with a picture of Che Gueverra), are just two – so that travelers got their pep talk about the 56 year-old revolution.

Six hours on the road and we pulled into charming Camaguey. Cuba’s third largest city and the most cultured and sophisticated one outside Havana, the beautiful 17th and 18th century homes and public buildings, antique churches, restored mansions with beautiful murals from a century ago now used as galleries, and cobblestoned streets and colonial plazas altogether were a pleasant surprise. 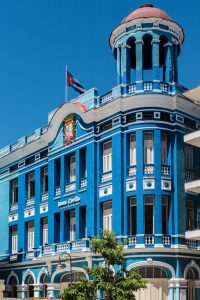 The streets are laid out in a maze-like pattern, built to confuse the continual plundering by pirates a few centuries ago, all making for enjoyable walking experiences.

At attractive Casa Alfredo y Milagros, we were welcomed warmly by Maite and her father, along with her husband, two sons and her mother. The living quarters surround an open air courtyard with lounge chairs and dining table. The only part of the house that was air-conditioned were our bedrooms, and despite the noisy units, they were a necessity in the oppressive heat.

Wandering the curving streets, I came across a busy shopping district with small markets and retail shops for locals. Government stores were poorly stocked – food and household establishments had mostly empty shelves and a men’s clothing store had six shirts pinned to the back wall of a large display window. As a result of easing government restrictions, there are increasing numbers and varieties of privately owned establishments that offer well-stocked shelves of goods, as well as a few boutique stores. 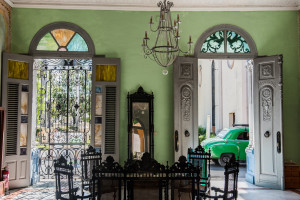 The town is pretty, again many structures freshly painted for the 500th anniversary of its founding. On almost every block in the center of town was a construction site of an old building being rehabbed, and the large numbers of them suggested increased investment and an improving economy.

The main plaza was crowded at night with people of all ages talking, playing, dancing, holding hands and kissing, and tapping away on cell phones, since the plaza had free WIFI. A group of young boys and girls swarmed around us, climbing on the walls where we sat, to play and ask us about America.

Our brief overnight visit to Camaguey endorsed my initial impression of Cubans as friendly and open people, with gentility at the heart of their culture.

Cuba: Santiago — A City of Rhythms