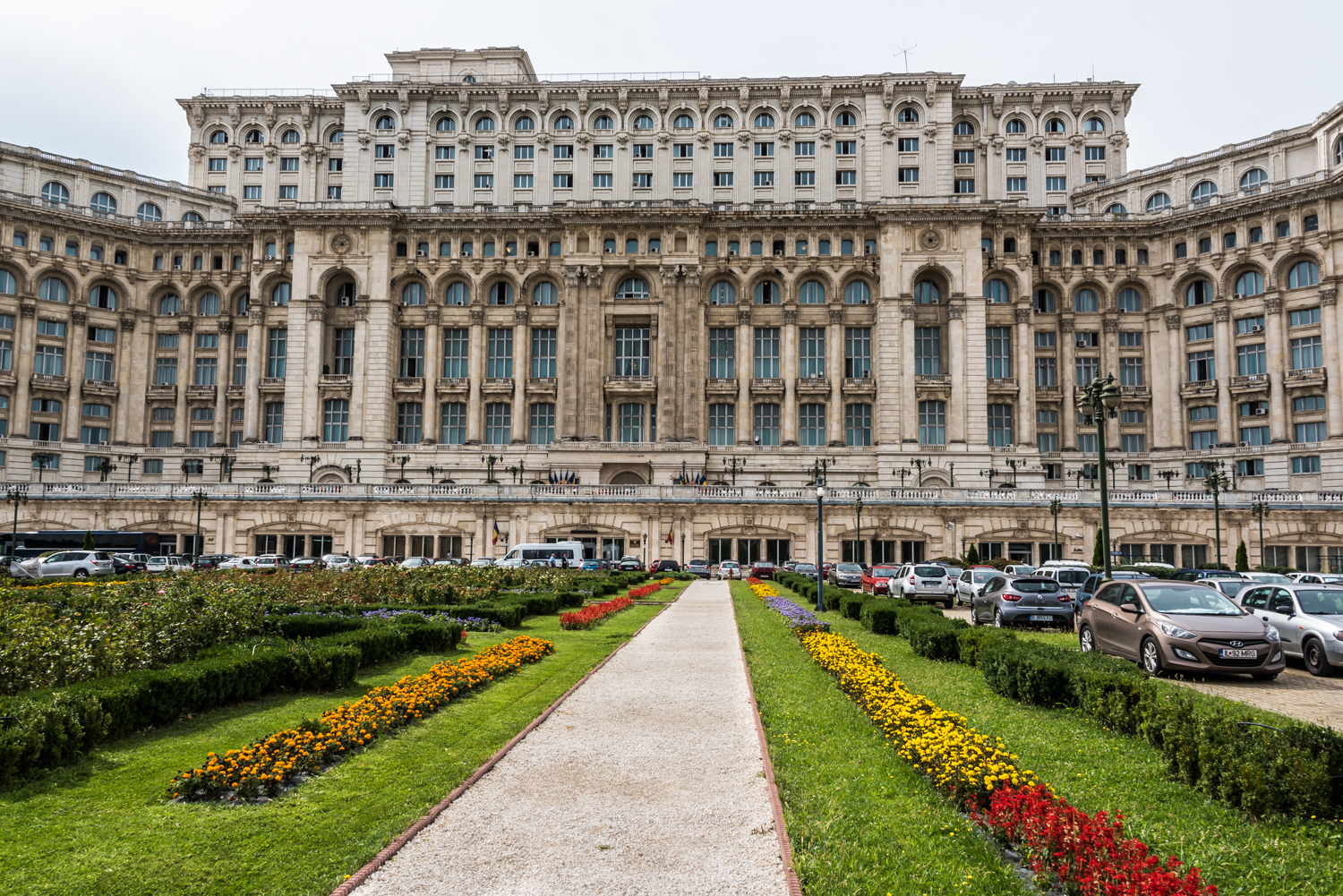 Bucharest’s Palace of the People

With all the interesting architectural treasures in the city, communist dictator Nicolae Ceausescu’s grandiose Casa Poporului (‘People’s House’), now called the Palace of the Parliament, is both a praised and ridiculed 1,100-room colossal structure of marble and stone.   It stands as the second largest building in the world behind the Pentagon. Ceausescu knocked down four square miles of Bucharest, destroyed a significant part of its colorful history and displaced 40,000 people beginning in the 1984. He practically bankrupted the entire country to build his modern government ‘city’ of monumental buildings and boulevards.  Hardships and shortages resulted.

Our guide Nick lived in Bucharest during that time as a young boy.  His story: “My family, like everybody else, [was]forced to find ways against shortages of all kinds. Mostly “higher” foods, like meat, eggs and such, and electricity and hot water.  The most disturbing was the impossibility to predict: there was no pattern. One can get used to get along with just 2 hours of hot water per day, if they know when they’ll have it… My father [went] “… hunting” after his work hours. That meant checking store after store in search of hard-to-find items. Usually it was just a waste of time, but sometimes he brought back some frozen chicken heads and necks, or 10 eggs, or 2 liters of oil… There was no pattern in the provisioning of stores either.”

The People’s House wasn’t finished when the disintegration of the Soviet Union precipitated the revolution in Romania in 1989, and Ceausescu and his wife were captured, tried, and shot by firing squad on Christmas Day of that year.  What an excellent Christmas gift from the Romanian people to themselves. Still, the Romanian government finished the building over the next four years as a seat of government and now a major tourist attraction. Estimated construction costs were $3.5 billion, and annual maintenance costs strain the Romanian budget.

We toured a mere 5% of the building open to the public and were mightily impressed with the ostentatious and lavishly furnished halls, staircases, banquet and reception rooms, and private quarters.  The best part was stepping out onto the grand balcony where the dictator had planned to address the populace. The vista of huge buildings flanking a plaza built as apartments for the families of the party faithful and the quarter mile grand boulevard, with an allee of fountains in its median is spectacular — his effort to emulate Paris’ Champs-Elysees.  Despite the human and societal costs of this project, it must be on visitors’ must-see list for Bucharest.

Our mistake was spending too little time to Bucharest.  If you like exploring cities, I suggest adding another day to the visit, especially if you are recovering from a long plane ride.