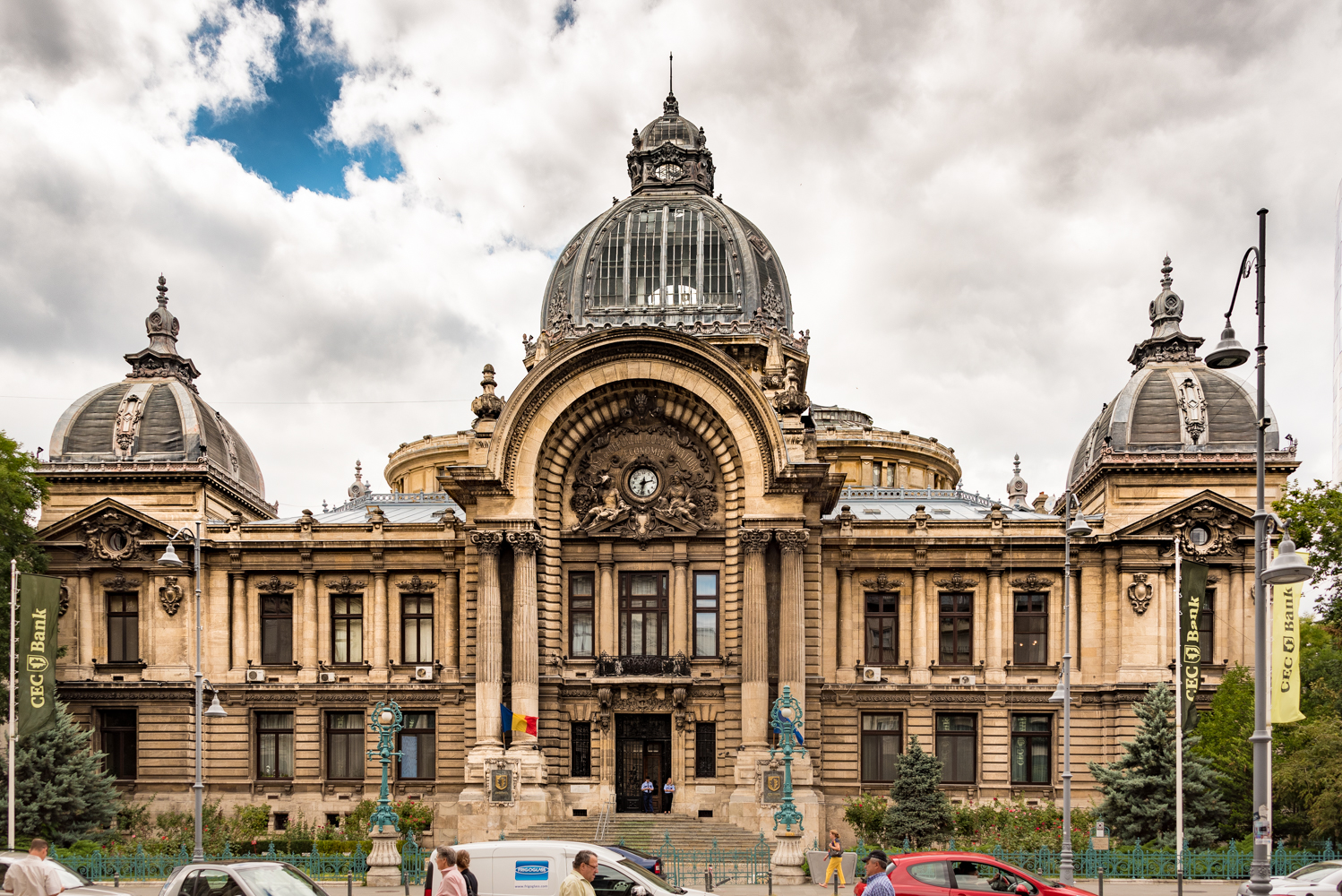 My longtime fantasy of visiting Romania inspired the four-week Balkan adventure that my partner Rick and I took in September, 2017. For me, Romania has been a land shrouded in mysterious misty landscapes of rural farmland and spired castles, winding roads with horse-drawn hay carts, old customs still practiced, and yes, I confess, the lure of magical Transylvania from early Dracula movies.  Truth be told, it was all of that, and much more. 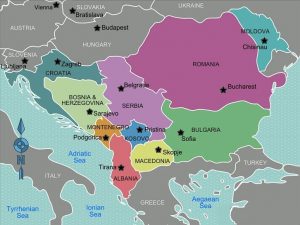 From the bustling metropolis of Bucharest, its capital, to the lovely and picturesque villages, towns, cities and farmlands of Transylvania to the rural and traditional lands of Maramures and Bucovina, Romania is a country rich with surprises.

Romania is the largest of the ten Balkan countries. Lying in the east of the region bordering the Black Sea, its neighbors include Moldova, Ukraine, Hungary, Serbia and Bulgaria.  The magnificent Carpathian Mountains form a ridge across the country, and verdant hills and plains fill out the rest of the geography.  The Danube River forms its southern border.

Over the centuries, Romania has felt the footprints of many civilizations. The Roman, Magyars, Visigoths, Slavs, Ottomans, Austro-Hungarians, Nazi Germans, and Soviet Russians have occupied or heavily influenced this culture. As the Soviet Union weakened and dissolved in 1989, control over the “satellite’ countries relaxed.  The Romanians overthrew the communist government and established a democracy.  That’s a lot of turmoil for a country and its people.  Yet, it all makes for a fascinating culture and history.

We began our ten days in the capital city of Bucharest, once known as the ‘Paris of the East.’  Bucharest was bombed during WWII, suffered two major earthquakes, and endured the cruel dictator Nicolai Ceausescu’s destruction of a large swath of the historical city that almost ruined the economy of the country just to glorify his megalomaniacal ego.  All this happened in the 20th century!

In recent years, Bucharest has experienced an economic and cultural boom — construction cranes, fashionable stores, and new hotels pepper the landscape.  We could see the stately bones of the central part of the city, with lots of impressive Belle Epoque buildings of the late 19th and early 20th centuries (many grandly repurposed; others waiting their transformation); several parks; and interesting grand civic spaces and piatas.  Wandering around the central Bucharest streets, we came across a number of unusual and bizarre sculptures, just a few of the many such pieces that mark this urban landscape. 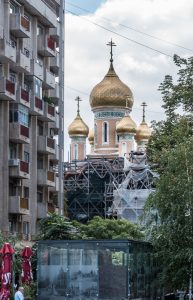 After a day of exploring the city on foot and recovering from jet lag, we began our ten day visit to Romania, followed by four days in Bulgaria, with Compass Travel Romania.  (We had an excellent experience with this company. Contact Andrei at andrei_nicolau@yahoo.com.  Website www.tours-of-romania.com.)  Our guide for the next ten days, Nick Zavada, picked us up at our hotel for a morning tour of a couple of exceptional sites before heading north towards Transylvania.

First stop was the recently rebuilt Choral Synagogue (many times damaged or destroyed over its history).   A visual spectacle, its interior is intricately painted with colorful patterns that animate the walls.  Sadly, the Jewish population in Romania is now small, following the holocaust of WWII and the massive emigration to Israel after the war.  The synagogue is now supported by former Romanian Jews.

A visit to the impressive Patriarchal Cathedral of Bucharest began our education of Eastern Orthodoxy, the predominant faith of conservative Romania. We were fortunate to witness a service, with worshippers all standing or occasionally kneeling, women’s heads covered, men and women separated. As we saw repeatedly throughout the country, walls and ceilings are covered with paintings of Christ and important saints, the church lacking the religious statues and forms we are accustomed to seeing in Catholic and Protestant churches.

NEXT: The Palace of the People in Bucharest

A Month in the Balkans