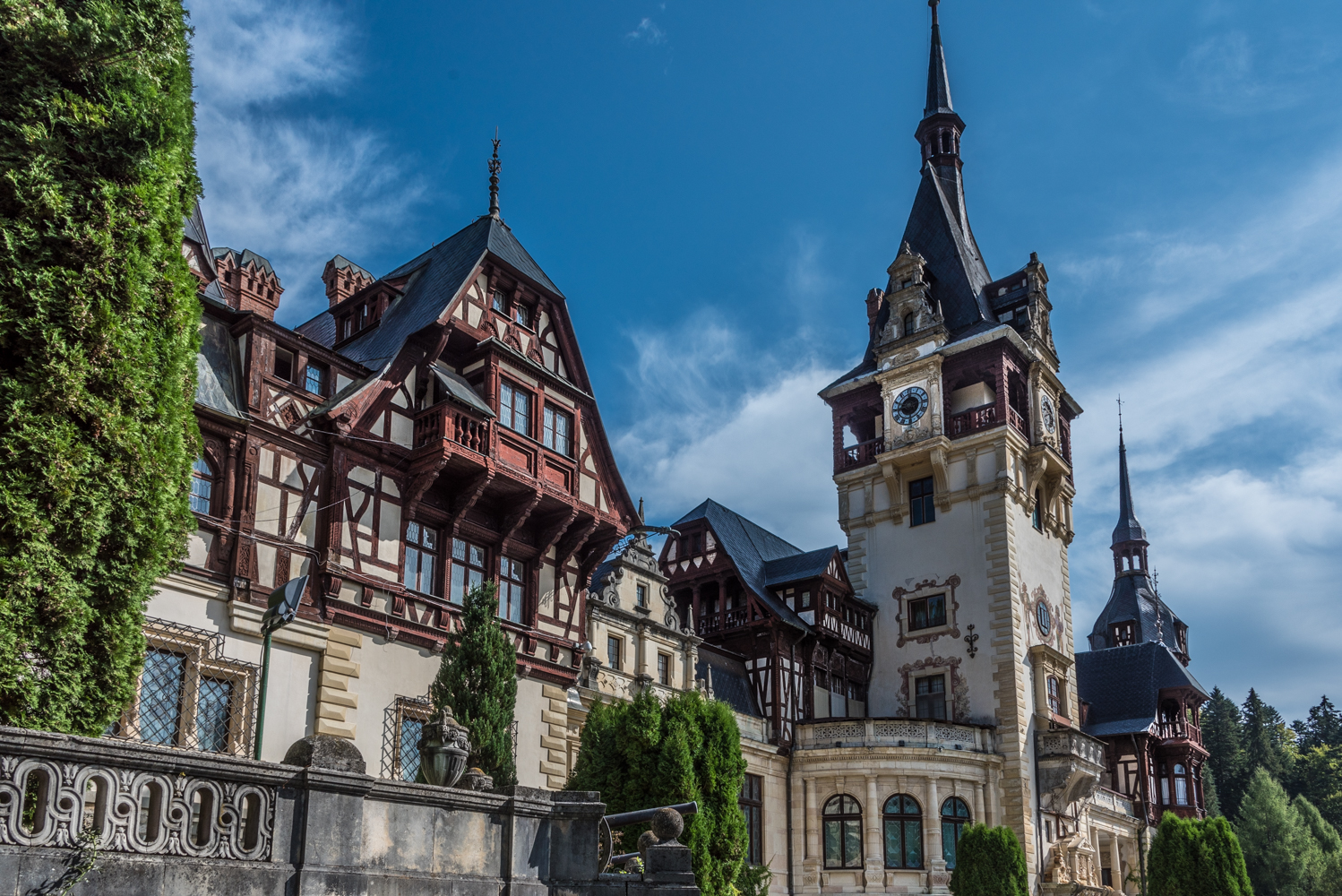 Last in a series

Dracula’s presence grew as we headed into western Transylvania.

We visited the first of two more captivating cities — Sighisoara, an especially picturesque and charming town.  Its fame as a Saxon artisan center was established in the Middle Ages. The town is also the birthplace of Vlad The Impaler, better known to us in the U.S. as Dracula.  His father, Vlad II Dracul (Vlad the Dragon) had fled the state of Wallachia in the south to Sighisoara as a ruse to be invited back to rule (it worked, since that’s exactly what happened).   The streets of the old walled city meander among clusters of centuries-old buildings. Our hotel — the Inn of the Antler — sits on the town square where musicians played and restaurants served patrons al fresco. 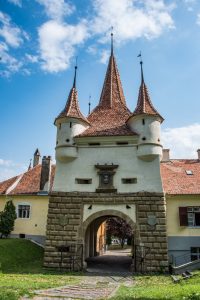 Brasov in western Transylvania is ringed by the Carpathian Mountains that sport ski slopes and resorts. This elegant city is chock full of beautiful Gothic and Baroque buildings. Hotel Bella Musica is situated on the glorious Piata Sfatului (Council Plaza), ringed by red-roofed former merchant houses, now restaurants and cafes, with the stately Old Town Hall at its center and the revered Black Church towering over the plaza. A tidbit of dark magic – it’s the place to which the Pied Piper led the children away from their families when the adults refused to “pay the piper” for getting rid of the rat infestation.

Castle-hopping was high on our to-do list, and as our time in Romania wound to a close, visits to two impressive castles were on the docket — Bran Castle near Brasov, and Peles Castle, near the town of Sinaia to the south, both very different from each other.

Dracula’s Castle – that’s how Bran Castle is unofficially known. The thing is, Vlad the Impaler (Dracula) had little to do with the place; he most likely passed through the area, and he may have slept there (sort of like claims that “George Washington slept here.”).  Thank you, Bram Stoker, for the misnomer.  Of course, that doesn’t stop the cluster of souvenir stalls selling Dracula memorabilia along with more authentic stuff about the castle.  (Our guide called the collection of stalls the ‘crap-eteria.’)

Vlad aside, the castle was fun to wander through, along with lots of other tourists. The building is an architectural icon of hilltop European castles, looking like a ‘happily 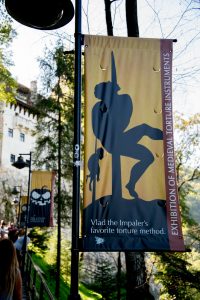 ever after’ storybook ending. First built in the fifteenth century, it has been the residence of a lot of invading peoples. Bran Castle was returned from Hungary when Transylvania was reintegrated into Romania after WWI and became the favorite home of Queen Marie. Now it’s owned by her three great grandchildren who live in the U.S.

A long, steep stone walkway leads visitors up to the ‘back door’ entrance for tourists. Well curated and simply furnished, its public rooms, great rooms, private quarters, turrets, balconies, courtyards, and even a secret passage for escaping from invaders or from annoying family members made for interesting explorations.

In the southern end of the Carpathian Mountains, Peles Castle was built as a stunning palace by King Carol I, who gained Romania’s independence from the Ottomans in 1878. It never was a place of fortification against invaders; it was created as a summer residence. The castle, which took 41 years to complete, is set in a beautiful forested landscape, surrounded by Italianate terraced gardens, with a huge statue of the liberating king, where hundreds of guests waited to tour the palace. In its appearance, it reminded me more of photographs of grand German and Swiss chalets.

Our tour of the first and second floors of the lavishly furnished and decorated 170-room structure revealed many architectural styles – prominently French, Turkish, and Italian, providing a glimpse of the lives of the Romanian ‘Rich and Famous.’ Fortunately, during the communist Ceausescu years, the dictator didn’t like the place, so he left it alone. Grateful for that, because it now belongs to King Michael I, last monarch of Romania, who maintains it as a national museum and monument. Peles was an astonishing place to visit and a dazzling way to end our days in Romania.

Eleven unexpectedly rich and rewarding days – this is an unabashed promotion for a country most of us know little about. I’m beginning to see Romania pop up on travel sites as a recommended destination for travelers. If I have piqued your interest, move it up on your bucket list before lines of tourists become too long.  I would be happy to give you more specifics.

In answer to questions, we used Compass Travel Romania. It provided us with this stellar experience. Ask for Andrei Nicolau Miclea.